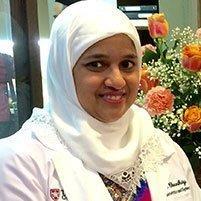 As a top-rated OB/GYN in Plano, TX, Dr. Julia Chowdhury, MD, FCOG is highly experienced in providing menstrual cramp relief. She approaches the treatment of menstrual cramps with compassion and a variety of effective options for women throughout the greater Dallas area.

Severe menstrual cramps can be caused for two different reasons. The first is the result of a high level of the hormone-like substance, prostaglandins, that triggers the normal uterine muscle contractions that occur during menstruation to help shed the uterine lining. Menstrual cramps can also be caused by a number of underlying conditions. These include: cramps,

What treatments are available to alleviate menstrual cramps?

Menstrual cramps not caused by an underlying condition can be alleviated by over-the-counter pain relievers or prescription anti-inflammatory drugs. Dr. Chernin also prescribes Lysteda, a medication that’s composed of a man-made form of an amino acid

that can relieve cramps and reduce a heavy blood flow. Hormonal birth control may also be recommended, which prevent ovulation thereby reducing severe menstrual cramps. These can be taken orally, by injection, in the form of a skin patch, a flexible ring inserted into the vagina or an intrauterine device (IUD).

If menstrual cramps are the result of an underlying condition, such as endometriosis or uterine fibroids, surgery may be recommended to correct the problem.

What about Irregular and Heavy Periods?

Heavy periods are those which occur with abnormal bleeding, typically about 80 cc or over 5 tablespoons. The primary concern with heavy bleeding is that is accompanied by a greater risk of becoming anemic. While heavy or irregular bleeding during a menstrual cycle is not usually a sign of a severe illness in most women, those suffering these symptoms over the age of 40 could have a form of cancer of the endometrium, or the lining of the uterus. Irregular bleeding is defined as an erratic or inconsistent menstrual cycles. Many causes can be the culprit of irregular periods such as age, thyroid disease, use of oral contraceptives, and almost all chronic illness.

What Causes Irregular and Heavy Periods?

A woman’s overall health can greatly impact her menstrual cycle in terms of irregular and heavy bleeding. Another frequent cause of irregular and occasionally heavy bleeding is the occurrence of a fibroid. A fibroid is a muscular tumor which develops in the uterine wall and is usually noncancerous. Most times fibroids can be remedied with a hysteroscopy or a laparoscopic procedure where the fibroid is electrically destroyed or frozen. However, some fibroids can require a complete removal and the lining of the uterus or the uterus itself may also need to be extracted.

What Treatments Are Used?

Treatment for heavy or irregular periods customarily starts with the prescription of anti-inflammatory medications to be taken before and during menstruation. These can reduce blood loss by roughly 30% on average. Oral contraceptives, or birth control pills, can also be beneficial to decrease the bleeding and make periods more reliable as well. If the above treatments are not successful or if the woman does not want to become pregnant, hormonal treatments are frequently employed as well as a procedure which thins or removes the endometrium, an endometrial ablation, or a hysterectomy can be executed which removes the uterus completely.

We accept most major insurances but please note, we do NOT accept the following: Medicaid, Medicare, Molina, Amerigroup, Superior Health, CHIP Perinate, or Parkland

If you have any questions regarding insurance benefits, please give our office a call.

Words from our patients